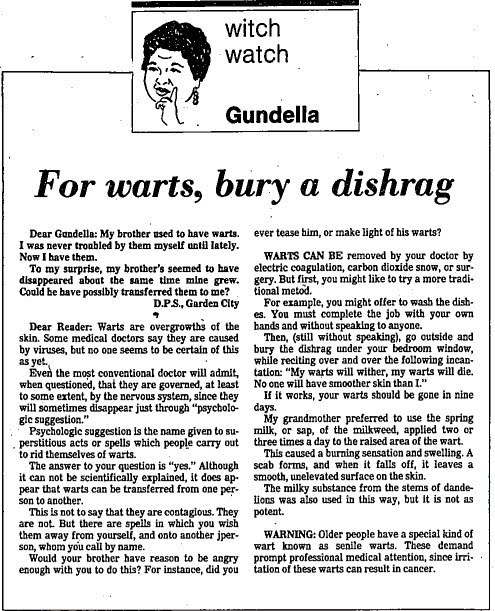 Farmington Observer, April 10, 1980
Well, I finally tracked down another "Witch Watch" column from April 10, 1980, a good six month gap between the Halloween edition I posted the last time. I was thinking that maybe her articles only appeared in certain editions of the paper based upon space and municipality but that seems like a strange concept for a feature writer. So far both WWs have appeared on Thursdays so I'm betting on a trend and will move in that direction for the time being. There must be some method to their madness and I'm sure that I'll figure it out along the way. Bury that dishrag!
Posted by the at 11:05 AM