Witch Watch: Snails in legend and on the plate 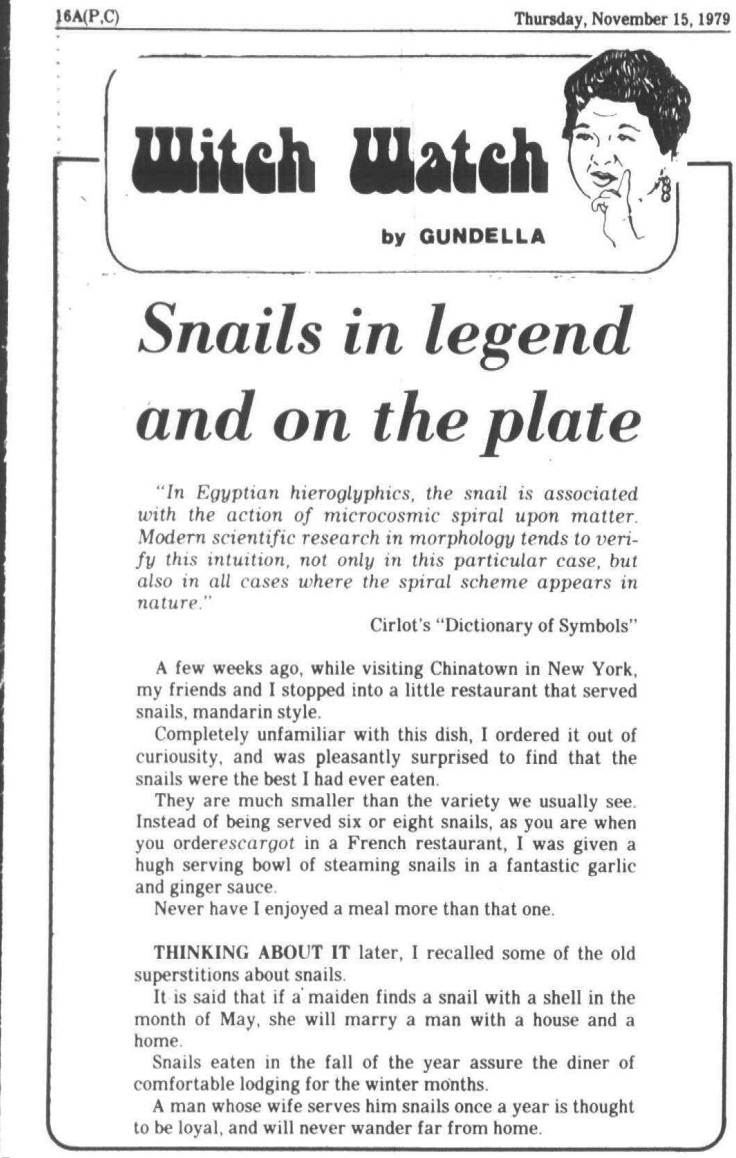 Wow, I never expected a Witch Watch column about snails. Edible or not. I'm not surprised that Gundella ate them because she was way into food. I could probably eat them fried. Hell, I'd most likely eat anything fried or with cheese on it but never would I even consider trying to raw or sauteed where you have to look at the thing as it was. Anyhow, here's some snail superstitions:


It is said that if a maiden finds a snail with a shell in the month of May, she will marry a man with a house and a home.

Snails eaten in the fall of the year assure the diner of comfortable lodging for the winter months.

A man whose wife serves him snails once a year is thought to be loyal, and will never wander far from home.