1973 Press Photo Of Gundella from the Detroit Free Press 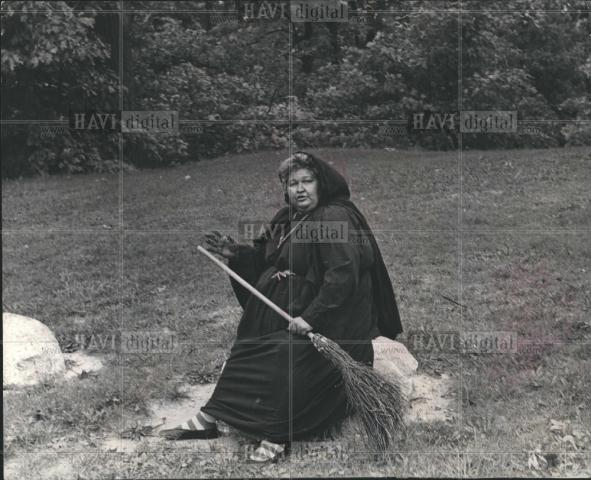 According to the clipped article fragment in the center of the obverse this photo is from 1973 and appears to be at a park. From the looks of it and the closeness to her home it's probably Hines Park but that's just a guess. Apparently this picture was being rehashed in a March 31, 1991 article which is obviously not included. Did they put these snippets on the back to indicate where the picture has appeared in the paper? Either way the time stamps are good for archival purposes when I finally run out of digital material and need to run to the library and start rummaging through the microfiche.

Also, I'm not sure what provoked it but I did enjoy the top clip about Gundella questioning her own sanity. I guess it was only a given that a hefty lady painted green sitting out in a park in full witch regalia with a broom would question her level of saneness at some point. 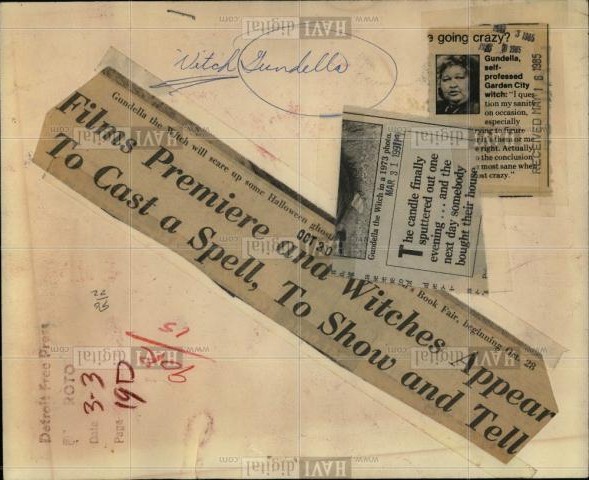 I've since found additional information concerning the photo.
Posted by the at 12:58 PM