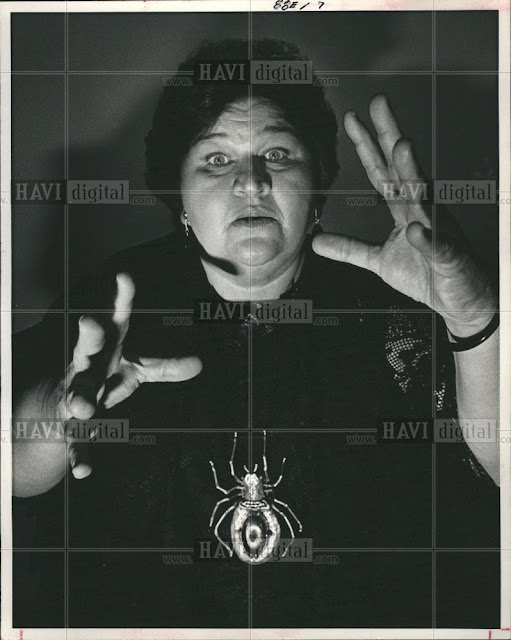 Ooooooh scary! Haha. I guess she might have been scary to little kids but she's about the least frightful looking witch one could ever come across.

This press photo was apparently used in two separate issues of the Detroit Free Press from October 30, 1983 and August 12, 1984. From the looks of it one was obviously a Halloween ghost story of some sort with this caption under the picture:

"Gundella the witch wore yards and yards of black lace and chiffon with a huge, gold spider hanging around her neck. All the better to catch ghosts with my dear."

I'm also guessing that the snippet below which is upside down is part of that same story. It reads:

"You can take any one year of my life at random and it's been better and fuller than most people have in an entire life."

Those are bold words but probably true just the same.

The other blurb is probably from August 1984 as Gundella explains why she'd be Elizabeth Taylor in one of those "what if" scenarios:

"I'd be Elizabeth Taylor. She's human and a very good actress. She's not afraid to do things and change her mind later. She's capable of casting spells and working charms and enchanting everybody. She's beautiful to boot." 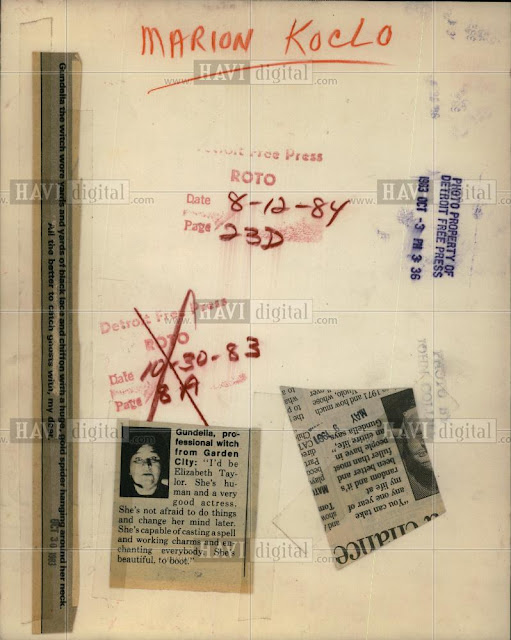