Here's the backstory on a legend recounted in Gundella's last book Michigan Haunts and Hauntings concerning Sebastian, a trapper and hunter, who died while on a hunting trip in the early days of Detroit. His beloved, Zoe, waited the winter for her love to return when the ice had broken as he instructed her to. When she finally spotted his canoe it was merely a mirage as Sebastian had apparently died. Having vowed to come back dead or alive he kept his promise and each spring he makes the fateful trip waving to Zoe via proxies in passersby.

Captain Bill Kampfert, a friend of Gundella, recounted his experience with Sebastian in 1983 on the Detroit River near Peche Island to The Oshkosh Northwestern in 1992. The story as featured in Gundella's book appears below. 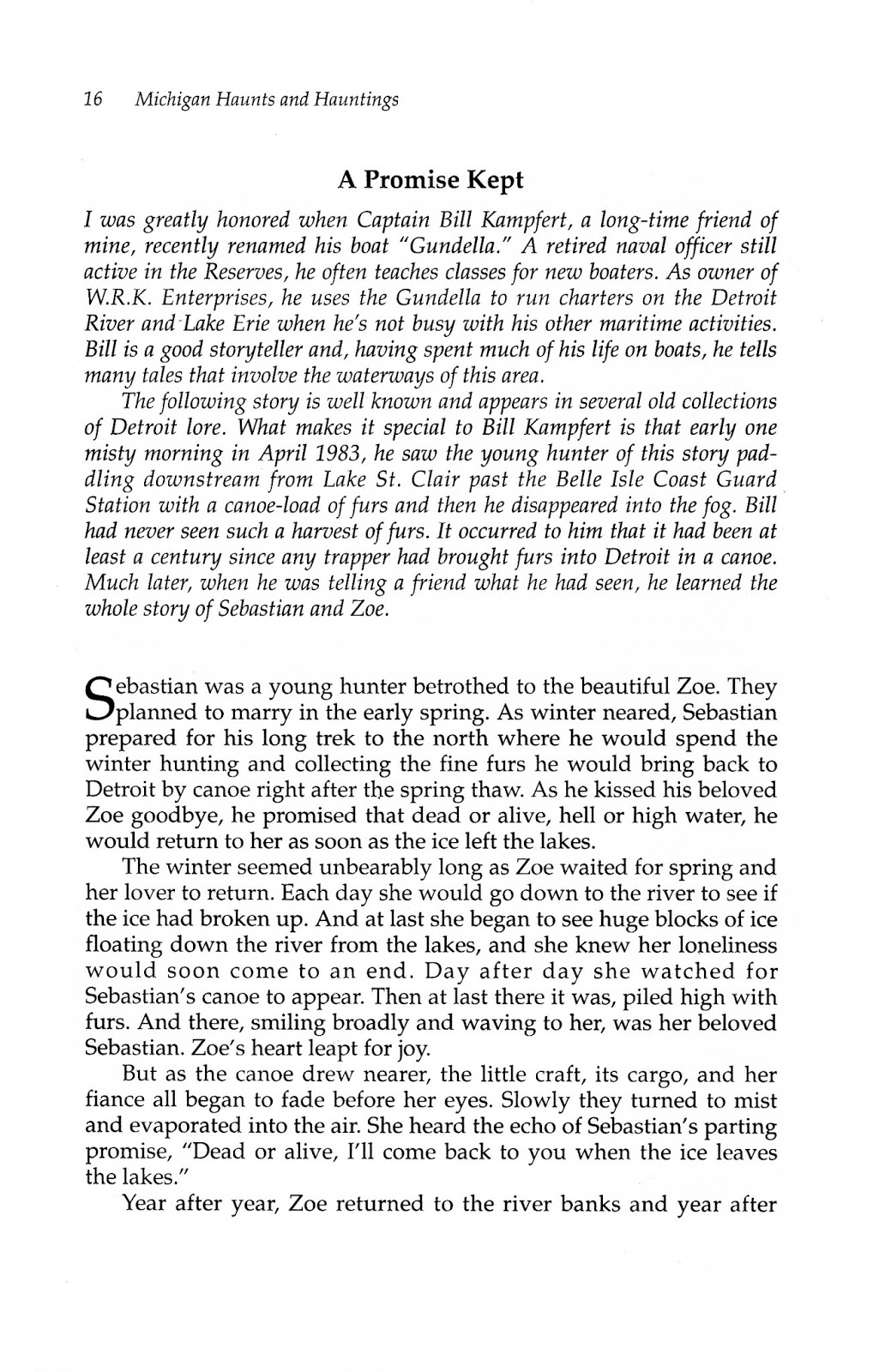 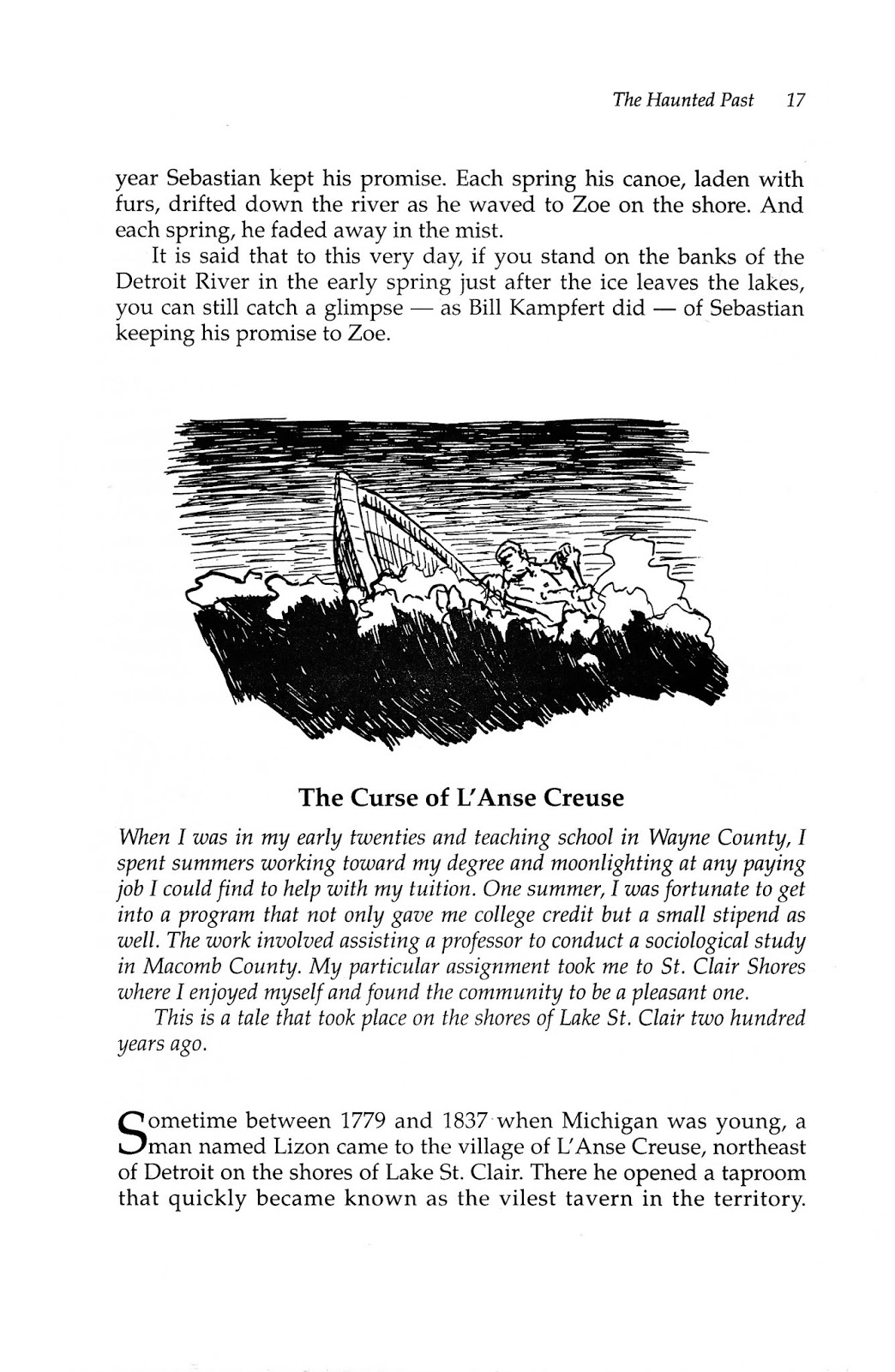