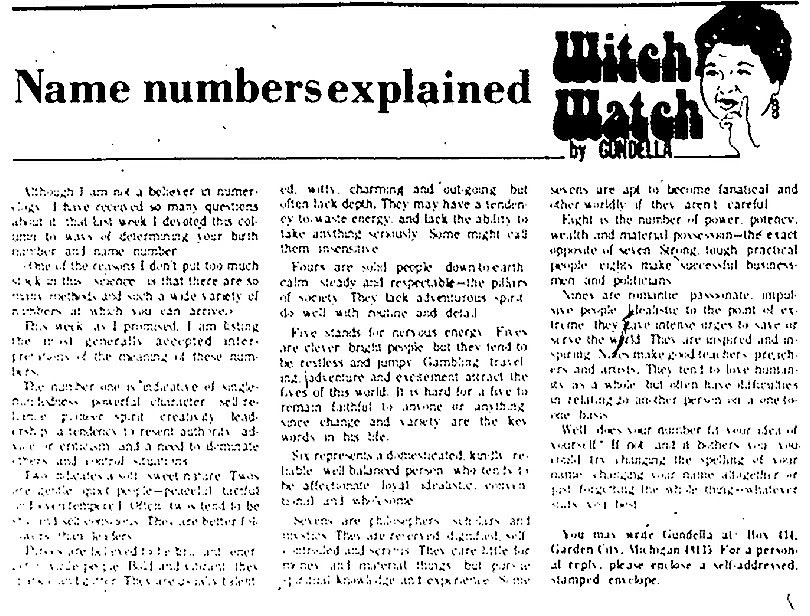 from the Farmington Observer, November 11, 1976

I guess there won't be a follow up to the numerology Witch Watch post from last week after all! The good people at the film lab flubbed another issue and the print is beyond the beyond. I even tried to tweak it with my photo editor but to no avail. I'll get it from one of the libraries at some point when I finally have exhausted all of my internet finds.

I wanted to post the following WW column last week anyway because it was far more interesting to me than the numerology two-parter. No lie! In this one Gundella mentions a book by William Peter Blatty, the author of The Exorcist and many other books, called I, Billy Shakespeare. Apparently it's a fiction book about Fidel Castro using a Ouija board to conjure up the ghost of Shakespeare. It seems to have struck a funny-bone with the witchy one and even caused her to fall out of bed, so she claimed! The book is pretty rare and only adds to the intrigue for me as somebody who is a serious book collector (well, I was before I had a daughter and lost all spending privileges on things which aren't for her!). 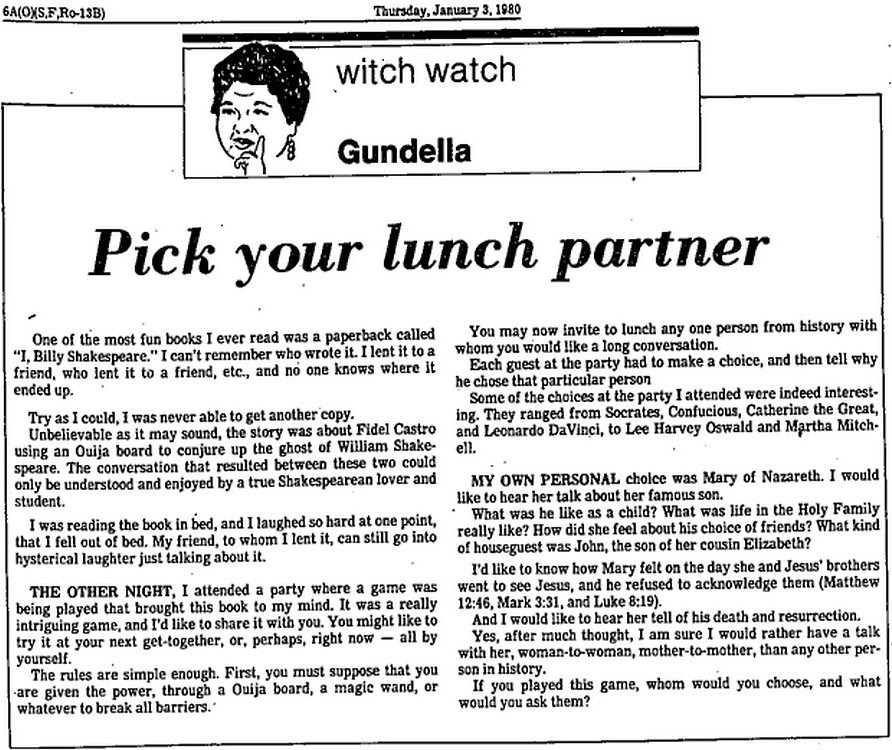 From there Gundella segued into suggesting that the readers use their own mental Ouija boards to also conjure up a person they would most like to meet. Since most of my wishlist personages were writers -- and surly poets at that -- the appeal to meet them is minimal because most likely they would want to be left alone, as they wished to be while in the living realm. So the no-brainer would be to meet up with Gundella for a good talk. Not about witchcraft or any of that sort of heady stuff questions about simple everyday things. Like, "Did you watch/like Dark Shadows (sorry, I'm on a DS kick since finding out that the library has the entire collection)? Or, "How about those Doritos?" Those questions and lastly but not leastly, "Can you point me to somebody who has all of the audio/video recordings that you ever did?" It would save me from rummaging through thrift store cassette bins several days a week in search of those lost gems of audiophilia. That surely can't be a word.
Posted by the at 3:21 AM