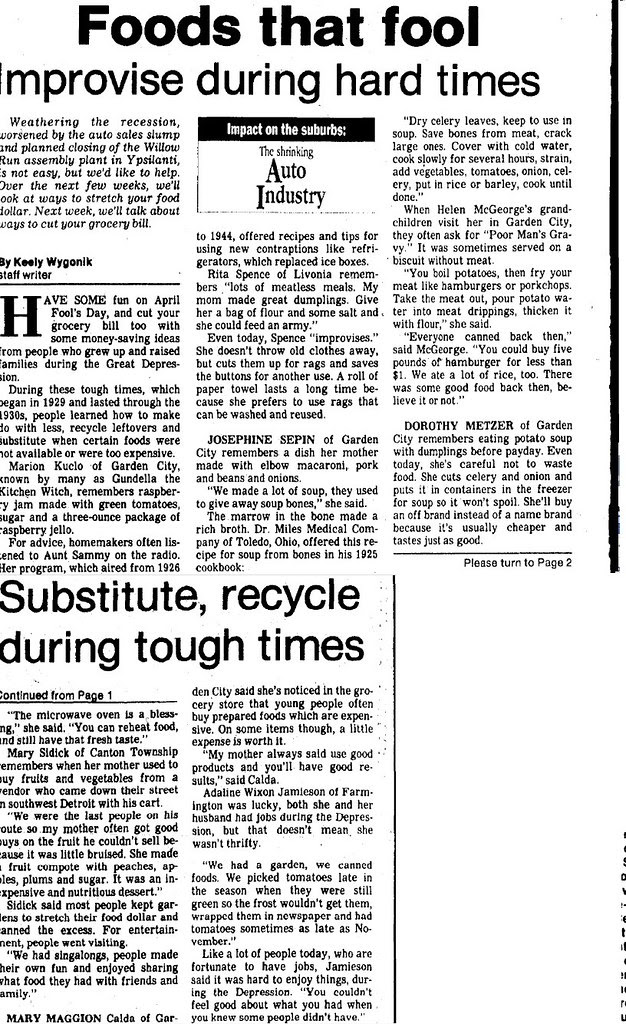 from the Redford Observer March 30, 1992
Considering the way the housing and job markets are going as well as the likelihood that the dollar is about to tailspin into the dumps, learning to improvise cook with less ingredients might be more a harsh current reality than simply a news story from 20 years ago. I'll say this much though, Gundella's remembered recipe of raspberry jam made with green tomatoes, sugar and jello makes me recoil! Then again I've never tried it so I could be sorely mistaken in that pre-conceived idea of what it would taste like.

Since the article seems to be cut off at the left margin you'll have to improvise with the lost portion of the first letter in each line. Also, I believe that there was a "Kitchen Witch" column to match this food stretching ideal and will post it if I wasn't mistaken about it.
Posted by the at 4:21 PM