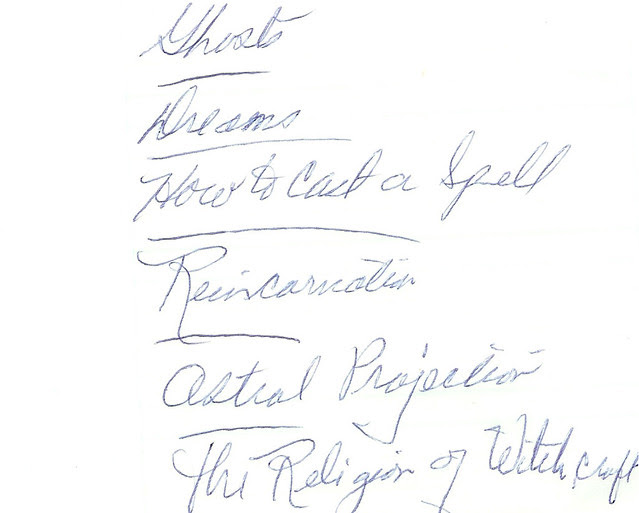 No, this isn't an act of idolatry but a treasured keepsake. As I mentioned before, Judy K, a reader of this blog sent me several scans of Gundella memorabilia that she has kept over the years. Now if you were into handwriting analysis it might be of some typographical value to you but from the several people who have contacted me concerning Gundella's reading and kindness, she seemed a great source of warmth and reassurance more so than somebody who was out to tout her celebrity. Not that she was an A-List celebrity by any means -- is there even such a thing in Detroit -- but from everything that I've surmised from researching her, she made herself open and available to both comfort and help those in need. Those that she affected treasure that kindness and it resonates through their attachment to her these many years later.

Now that I mentioned it, it would be great to get a handwriting analysis about her from an unbiased source! Any suggestions?
Posted by the at 2:32 PM