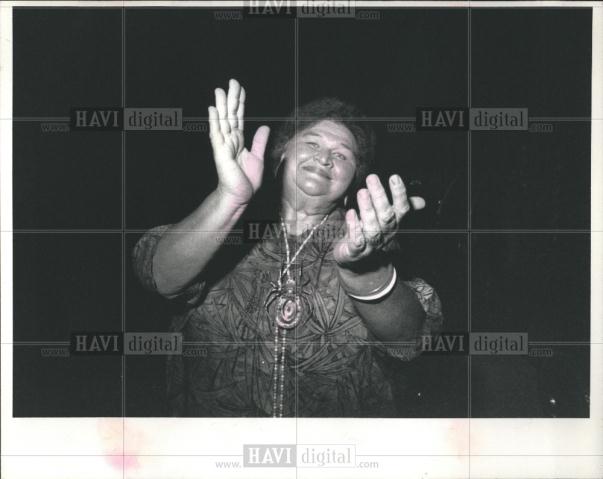 I found this photo for sale on eBay and took the liberty of swiping it for posterity's sake (and ours as well!). While the photo caption says "morphine" which relates to Gundella's fight -- and treatment -- with cancer, I'm not sure if she was diagnosed as early as 1988 as it's dated. Though she does have a rather jovial expression on her face I don't think the two are related but I could be wrong.

This is apparently from a seance in Forester, Michigan, the home of Minnie Quay though it seems more akin to a chanting of some sort. Whatever the circumstances it's a great picture and the news articles on the back, though incomplete, add more insight to both her illness and obsession with Minnie Quay. 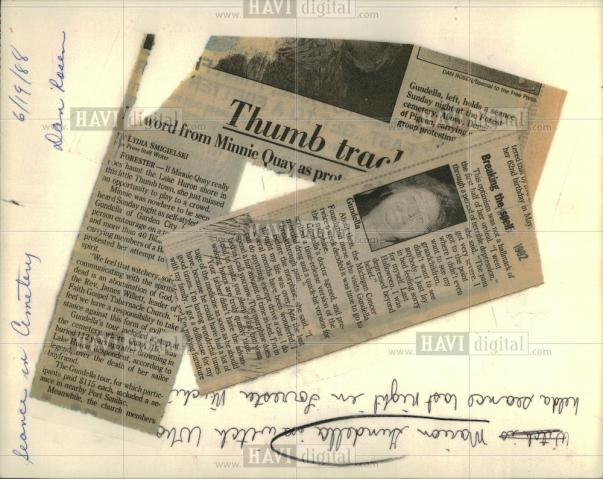