December A time for witches, pagans, too 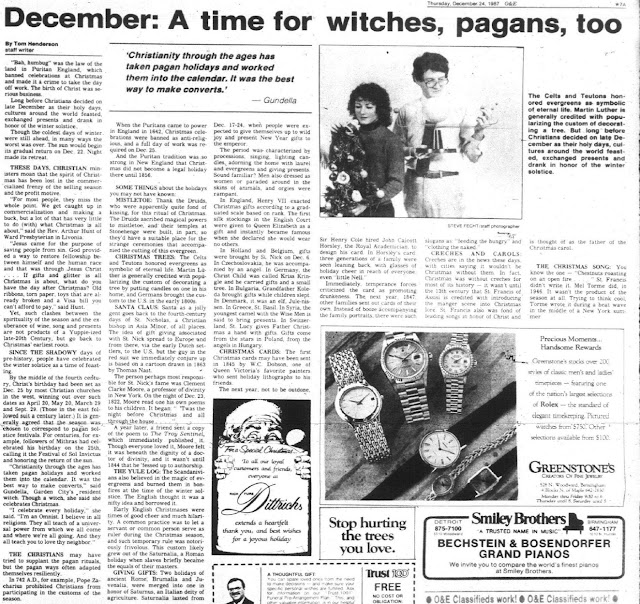 Click here to enlarge
You always hear the anti-Christian mantra that they stole everything from the Pagans and turned it into their own. Well, this article sort of elucidates that point but with a blunter edge by calling it an amalgamation instead of a heist. Regardless of how it happened or who conjured up what first the history of Christmas and its traditions is rather interesting.

Of course, my intrigue in this article is Gundella's appearance. She states here that she was an Omnist and celebrated Christmas and all holidays because they teach of a higher power and neighborly love. A nice sentiment, I suppose, but even more satisfying is that she celebrated it all. Many of today's so-called Pagans, Occultists and Atheists turn up a haughty nose to all the business of Christmas and its supposed impurity as a corporate ploy. Blah humbug, I say! I, too, celebrate all of the holidays and don't even believe in a higher power. I'm not exactly a proponent of mankind either but I never let that get in the way of my happiness.
Posted by the at 10:29 AM