Marcello Truzzi Takes the "Hocus" out of "Hocus-Pocus" 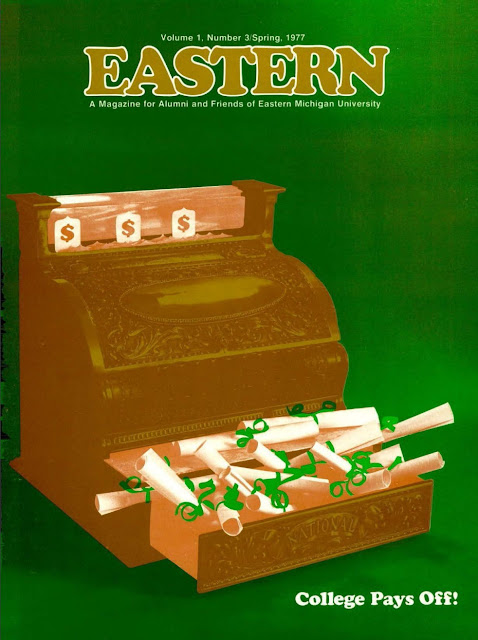 It would seem logical to anybody who has perused this page or my blogs that a search of Eastern Michigan Univeristy + Gundella + Marcello Truzzi would not only serve up one but numerous articles on the aforementioned two persons owing to the latter's friendship with the former and his work relationship with the first. But I don't function in such a manner so I get there through back channels.

An unobservant glance at the front cover of the Eastern from the Spring of 1977 will give you one hint to my methodology or lack thereof, the diploma.

9 pages into the publication will give you the second, Gundella the Witch.

While searching for one of the ever-elusive witch diplomas of Gundella I stumbled upon this article about her sociologist professor friend Marcello Truzzi.

In this article about skepticism and his setting up of the Zetetic publication, along with noted authors and skeptics Martin Gardner and Carl Sagan among others, it is mentioned that he had a photo of Marion in his collection with the inscription, "Happy Halloween, Marcello." I'd love to see that photo.

Also shown is Truzzi holding his book Cauldron Cookery which was published in 1969.