Seeing as you probably can't read the original full page story as shown I divided it into several parts. As you'll see, being a witch was work and not play-acting for her. It became a full-time job after her husband became disabled and she actually earned more money from lectures and workshops than she did as a teacher.

The Wonderland Mall cancellation is given more coverage here as well as her philosophy of being a witch is. She even dishes on Anton LaVey, a guest at her house and an unlikely friend, though some would think that they were molded from similar mindsets. Another nice piece from the Observer papers. 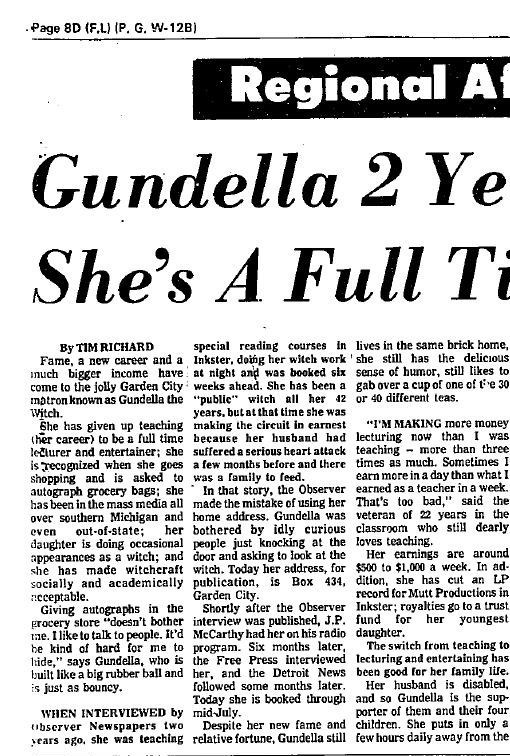