All Hallows Eve not the only witching time

After you get past the fact that The Windsor Star erroneously referred to Gundella as Marion Kutzlow AGAIN in their Saturday profiles segment, this article begins rather promising on the topic of ghosts. Beyond her witchy ways she was an avid ghost hunter. She thought that anybody who believed in Heaven or Hell likewise had a belief in ghosts. The spirits presented themselves in two ways: through a legitimate haunt via a ghost that had unfinished business or a poltergeist, that manifested itself through nervous or negative human energy. Both generally dissipate once they are satiated. The former through a peaceful reckoning and the latter generally grows out of the discontented state.


The article goes on to give several examples of hauntings, one in Windsor, another in Dearborne [sic] (nice fact checking!) and ends with fragmented stories from Chatham and the Windsor area. What seemingly starts as a feature on The Good Witch abruptly cuts Gundella from the quotient. Though the narrative seems to be from her perspective and possible involvement, and in the second story it even mentions her name, there is no real structure to the narrator's so-called voice. The aforementioned are interesting haunts nonetheless.

I tossed in the full-page spread which included an article on Houdini for good measure. 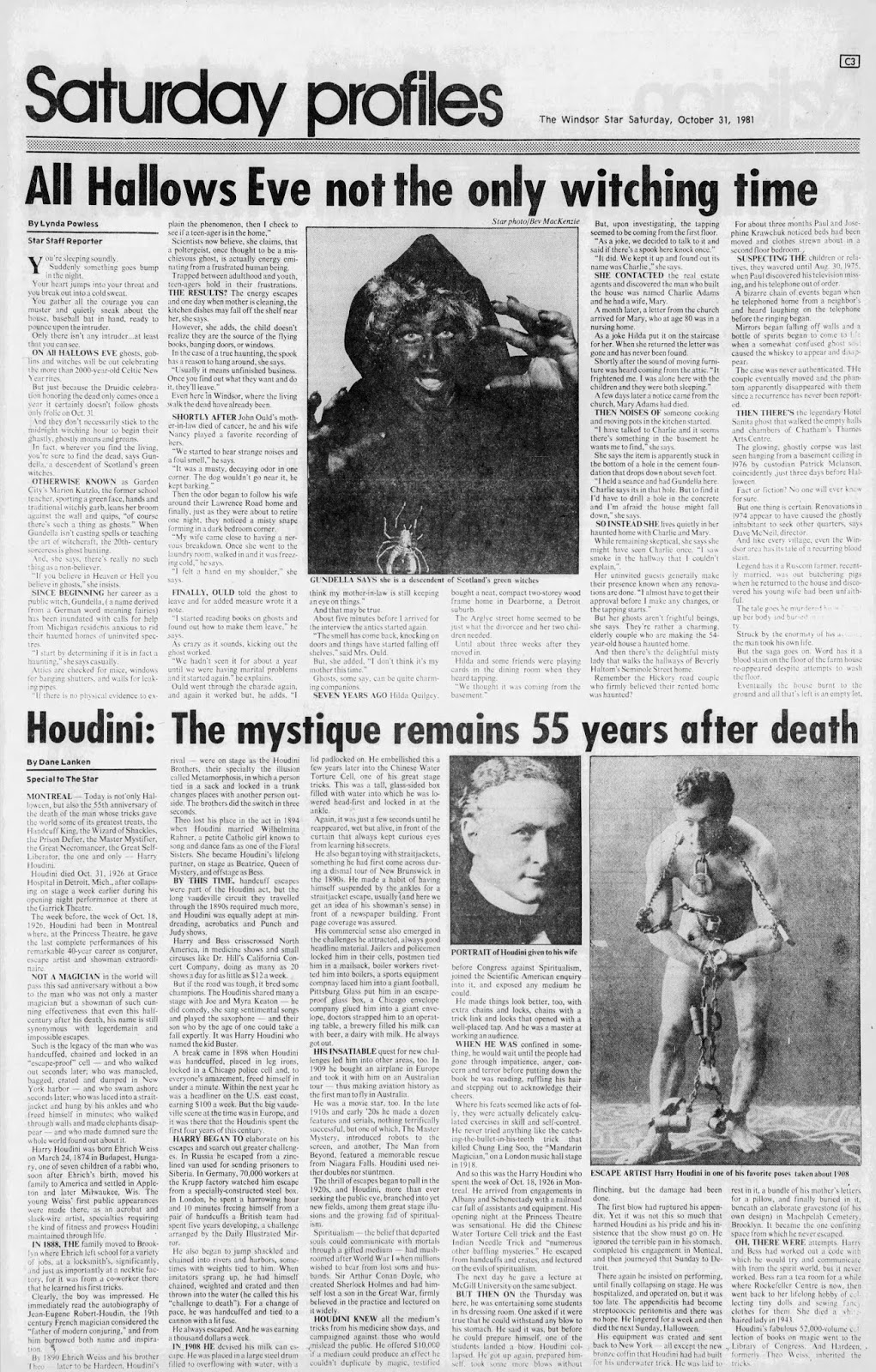