She would do 'Samantha' proud

I assume that newspapers didn't and don't provide reading copies to stars of their feature articles or else Marion Kuclo would have known that The Windsor Star was referring to her as Marion Kutzlow. I know this to be true because it's the second article from that same year which did so.

In this one 400 students attended her lecture (the December program attracted 700 but not a name correction) on being a witch. From all accounts it was the typical speech about how she, as a witch, wasn't anti-religion since the craft actually pre-dates them. It's all in the way the witch uses her powers. In Gundella's case it was overwhelmingly used for the positive and her talks mirrored that. Which oft brought on comparisons to Norman Vincent Peale. At least from cookie cutter journalists it did. Oh well, we still get the not-so-spooky photo that I've never seen before. 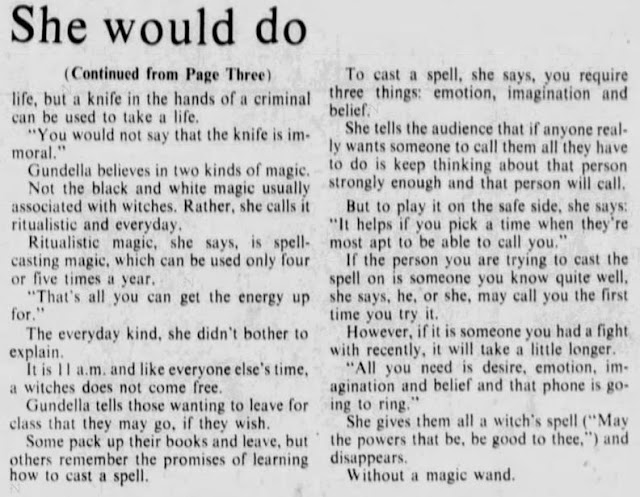