Halloween with Gundella at the Northville Plaza Mall Advert 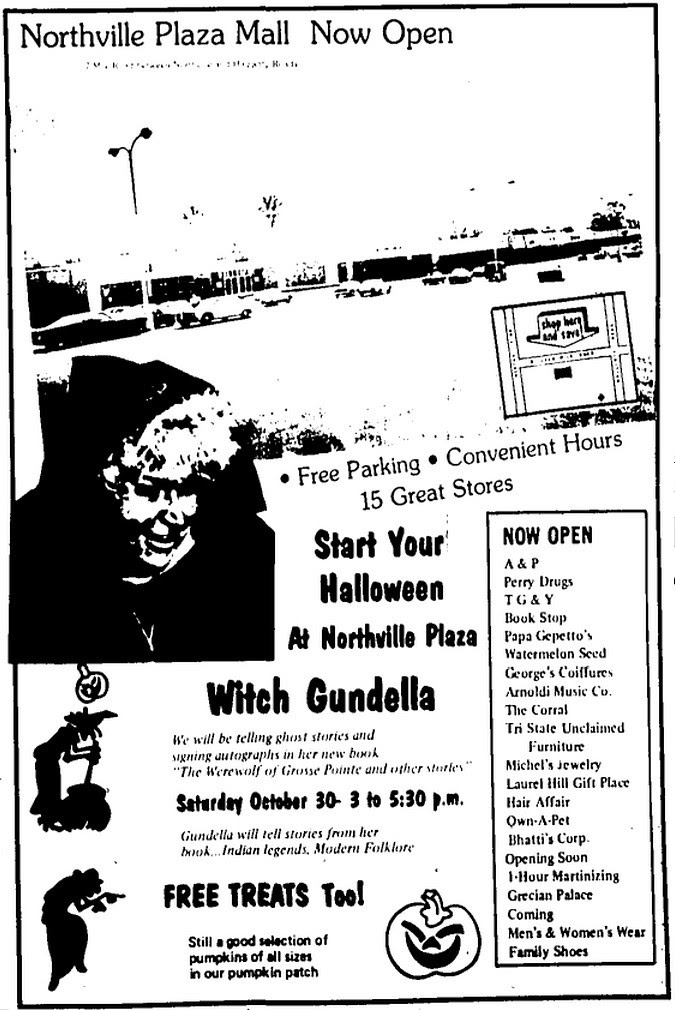 from the Farmington Observer, October 28, 1976
It's always gratifying to see a Gundella article, column or advert after searching though page after page of newspaper archives and this one was especially exciting since it is the first true advert that I've found. Usually adverts only add to the timeline of things done but in this case it offers some information that I hadn't come across before: a book she was working on or had published in limited edition called "Indian Legends, Modern Folklore" or it just might be in reference to the stories from The Werewolf of Grosse Pointe & Other Stories which delve into those subjects. This is the first mention I've seen of that title but it could very well be just the stories which were later published in Michigan Haunts and Hauntings. It sure would be nice to see some folks who actually knew her come here and share some stories, information and photos but as of yet there have been only one or two visitors who have ventured in that weren't coerced by myself to look in on the project.
Posted by the at 9:44 AM

Labels: Advert, Halloween, Northville Plaza, The Werewolf of Grosse Pointe and Other Stories