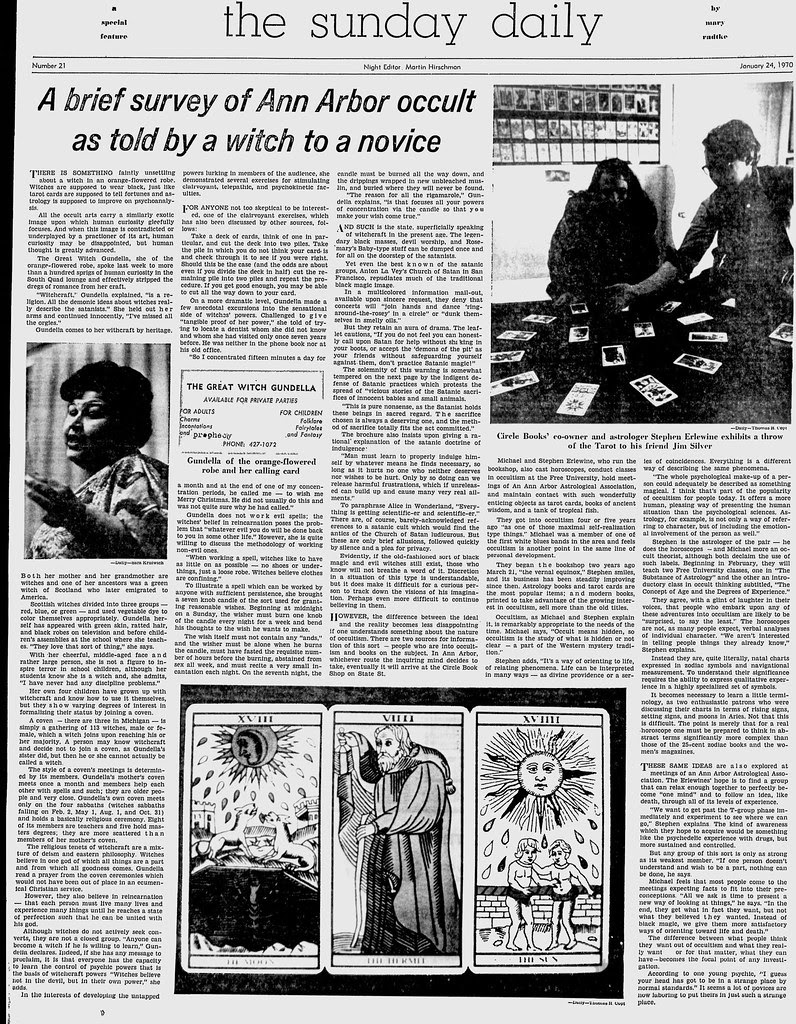 Click here to enlarge
I haven't done a Google Archive search in a while and decided to last night before bed and found two great articles that I have never seen before. This one from The Michigan Daily leads one to think that it's all about Gundella via the title but the second half of it is actually about the occult through the author's perspective. Which isn't a bad thing because Mary Radtke did a great job with the piece but I'm a Gundella fiend and wanted more for my own selfish reasons.

This gives a great primer on witches' beliefs, covens and even types of witches in the Scottish tradition. I had never heard that a coven consisted of 113 members nor the fact that at the time of writing there were only 3 in Michigan. The fact that her mother and grandmother were both alive at the time and practicing witches only makes it more interesting. I wonder if they were in three separate covens. With their obvious age differences and times of initiation into their covens it makes sense that they would be in different sects.

The second half of the article delves into Satanism and mentions Circle Books which was an Ann Arbor Occult Bookstore owned by brothers Michael and Stephen Erlewine. The former who hitchhiked with a then young Bob Dylan in 1961 and also played in a band with Iggy Pop. I've linked an interview with Michael above and there are other mentions of him and store on Google if you're further interested.
Posted by the at 3:16 AM