from the Redford Observer September 2, 1993 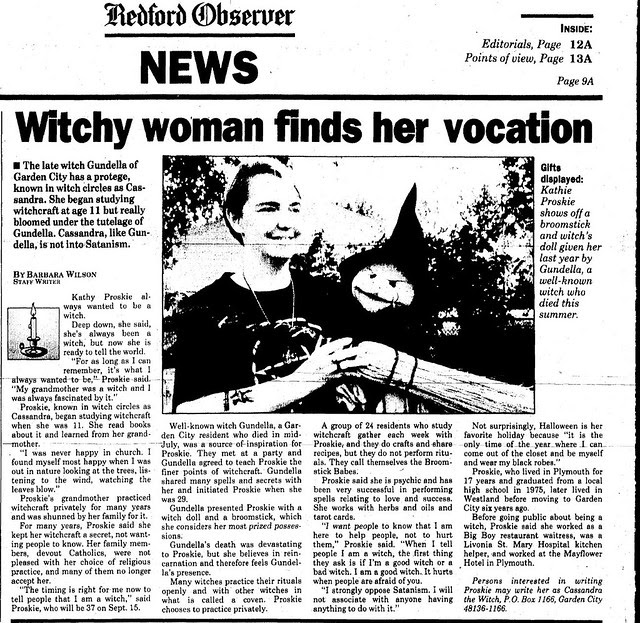 Click here to enlarge
Well, I've written before about who the rightful heir to the witchy throne of Gundella was and speculated that it was her older daughter Madilynne (and later Veronica) but this article seems to indicate that there were more than one. Which makes sense because when I went through the Gundella papers at the Garden City Historical Museum there were a few letters from a young witch named Cassandra who might just be Kathy Proskie. Though this article states that she started practicing the craft at 11 I could have sworn that the letters were from a much younger child but I could very well be remembering them wrong. As for Proskie herself, I couldn't find any other information through Google searches so maybe some of you know where she is or what she's up to relative to witchcraft. It'd be great to hear her stories about Gundella as well.
Posted by the at 12:55 PM