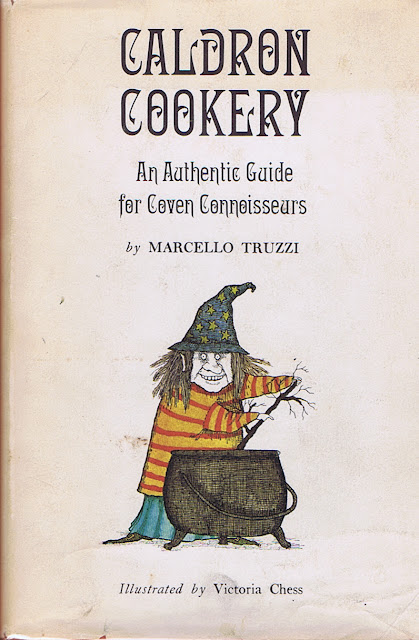 Just as I have previously posted Gundella's book The Werewolf of Grosse Pointe & Other Stories in its entirety, here I present a publication from her good friend Marcello Truzzi entitled Caldron Cookery. It's a whimsical cookbook of spells and incantations that is supposedly based on historical documentation. Truzzi was a leading sociologist and circus historian who helped Gundella come to national prominence. He also wrote the introduction to Gundella's aforementioned book.

I had originally intended to post the entire 115 pages on this blog post but to avoid clutter and formatting issues I am outsourcing it to another of my blogs where I have also posted many other books, booklets, newspapers, pamphlets, etc. It's a worthy read of an increasingly scarce and expensive book.
Posted by the at 9:08 PM