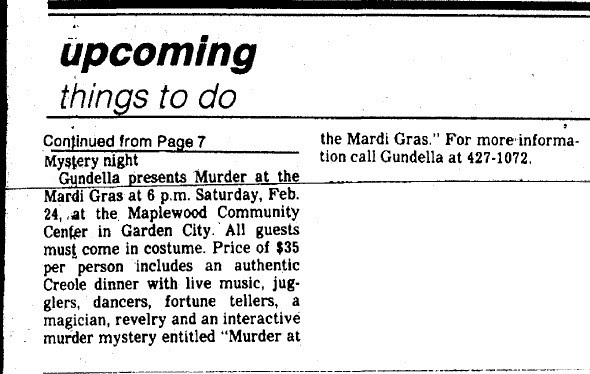 from the Redford Observer February 15, 1990
Here's the corresponding play for the recent article about Gundella's murder mystery gag which backfired on her. Ooops, actually, no it isn't! That one was called "My Sweetest One" and corresponded with Sweetest Day in October. This one is obviously called "Murder at the Mardi Gras" and corresponds with Mardi Gras. Apparently these murder mysteries must have been fairly popular. I must seek out the original personal notice for the other one now seeing as I mistook this one for that.
Posted by the at 11:13 PM