Witch Watch: Love spells are hazardous if they are cast lightly 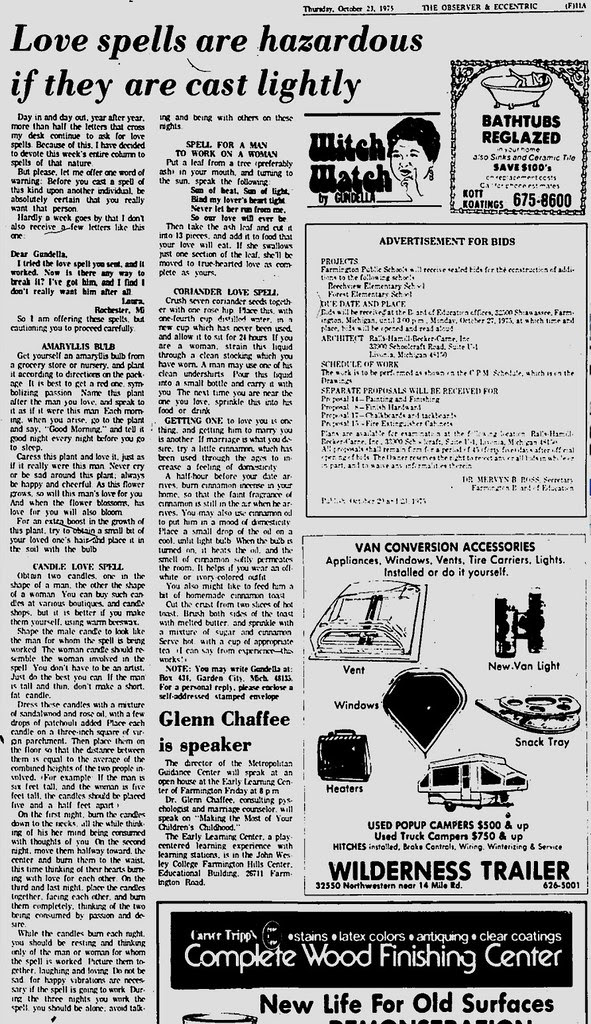 from the Farmington Observer October 23, 1975
I've seen in several articles where Gundella mentioned that most of the advice she gave out was about romantic involvements. How to get a lover, how to lose one, to keep him faithful, etc. Personally, I've used one such spell on several occasions and it worked each time though I believe that if I had said gibberish instead of the actual words it would have turned out the same. To may way of thinking it's the thought waves and sentiment held within that counts and not necessarily some words of a spell. If you think about somebody enough they will in turn think of you. That's why it so often happens that when you suddenly think about somebody and then get in touch with them they have also been thinking about you. The physiology and science of why and how is unknown but there are far too many examples of mind-reading for it to be set aside as nonsense. Anyhow, here's that spell (which is actually a Japanese poem) reproduced in Man, Volume 15 by the Royal Anthropological Institute of Great Britain and Ireland but originally from A Treasury of Witchcraft by Harry E. Wedeck. 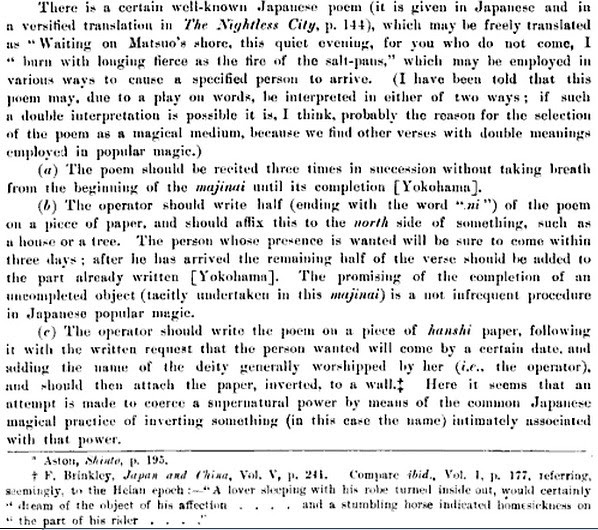