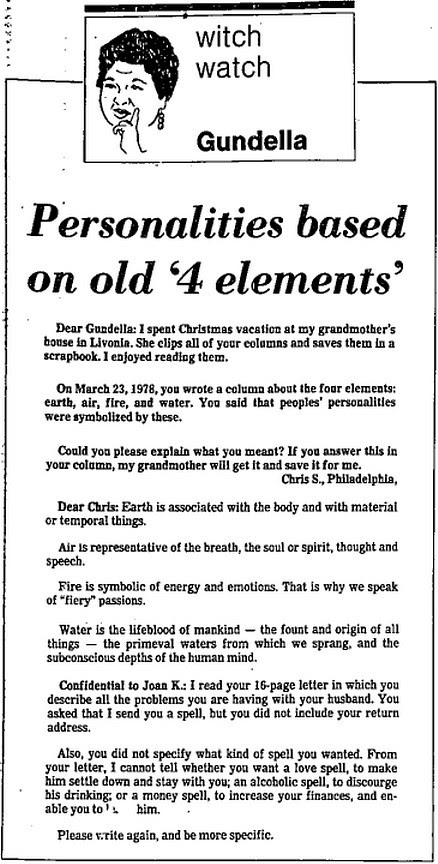 from the Farmington Observer April 20, 1980
A simple re-elucidation of the personality elements which Gundella had apparently covered before in her column: Earth, Air, Fire, Water. Since I usually don't read these until I post them I didn't know about the previous column which explicated further on the matter. I'll track that down and post it next week.

As for Joan K: well, I'm not surprised at all that Gundella actually read her 16 page letter seeing as she used to include her phone number in the "Kitchen Witch" columns she did in the 80s and 90s for "The Observer". Now that's a friendly witch who most likely had a very tired ear.
Posted by the at 3:07 AM

She was a very Dear friend to us and our Family. Bob & Pam

We valued her friendship and she was like family to my family. We enjoyed visiting her and going to her parties which were wonderful.